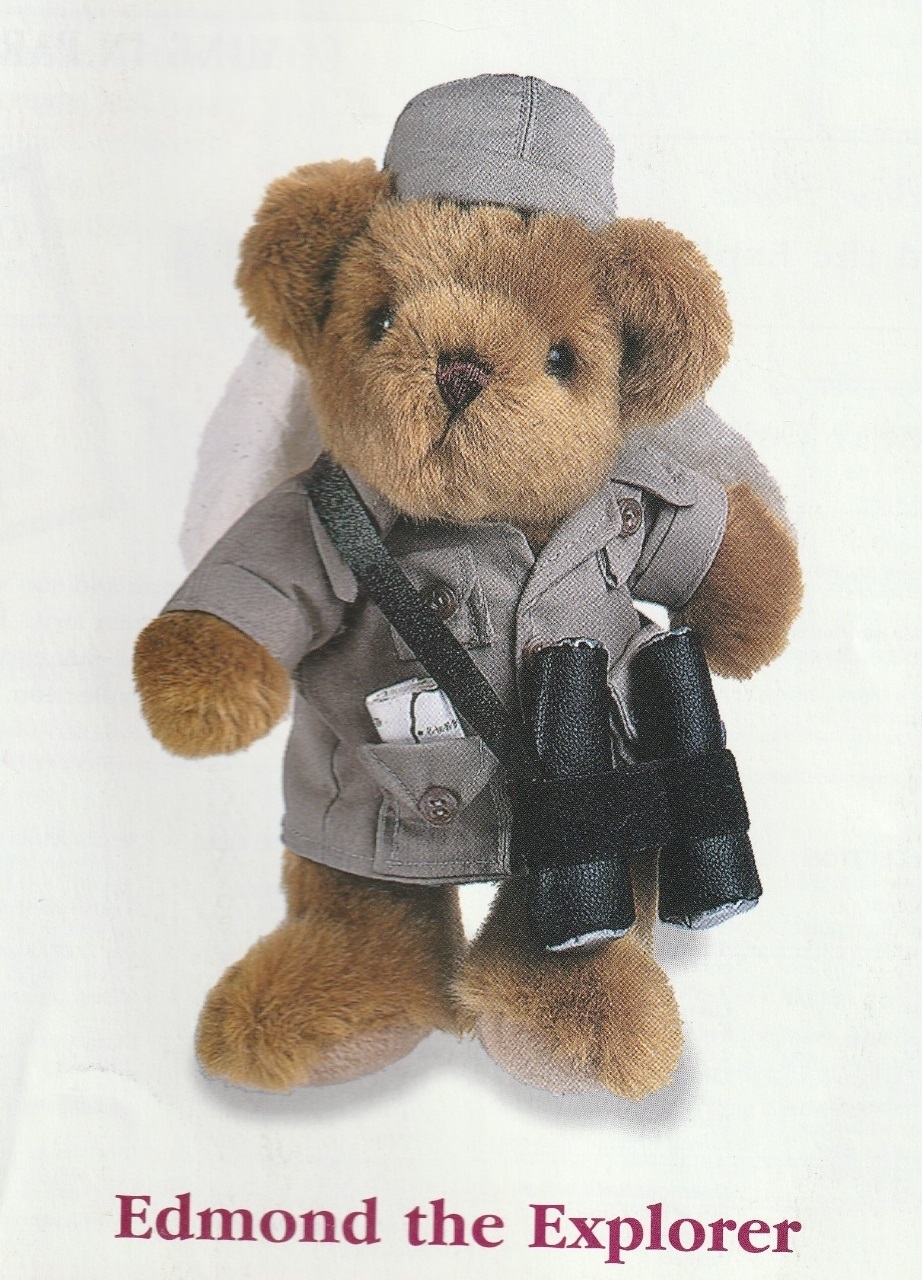 Edmund thought he could break ALL the rules

Electric light illuminated every corner of the lounge room.

This summer evening, the peace and absolute silence was suddenly broken.

The bear safety rule of evening silence was broken.

Her gentle but high-pitched voice seemed to resonate around the room.

Joseph woke and let out a shocked gasp.

She reacted in the only way she could.

The family were busy with their own interests and the TV was on but very low.   Father thought the wind had freshened so decided to get up and make supper.

Then maybe, He thought. We can all have an early night for once.

She brought the focus on herself and as the family rallied around, began to dance.

Sophie jumped down from her cat tower and joined the game.   The fish in the fish tank swam and splashed excitedly.

‘I’m sorry.   Nothing is wrong I had a question and forgot to wait until the family had gone. I’m very, very sorry.’   Her eyes filled with tears.   Joseph gently patted her paw.

Sue cuddled close and whispered.   ‘Edmond the Explorer Bear, what was his big adventure?   I wasn’t here.   I don’t know the story.’

‘Shh little one.  Go back to sleep and I’ll ask him to come and tell you. The rest of us need to be reminded, I think. We’ll wait until the house is empty and it’s safe to do so. ‘

The opportunity did not come for many days.

On a very steamy afternoon in late summer, the house was suddenly quiet.

Visitors had taken the family out, and Missy was invited ‘for a swim’.

Sophie and the fish were asleep and everyone else dozed peacefully.  A voice from the floor shouted.

‘Hello ALL!   I believe I’m to tell my adventure story.   For those who were here it’s a reminder – for the newer arrivals a new story.  For us ALL perhaps a REMINDER about what can happen if we disregard safety rules.’

Edmond the Explorer Bear stood in the centre of the mat.  He squared his  brown shoulders.

‘I’m Edmund the Explorer.    This is the story of my adventure.   Some things I am proud of, but many will remind me always of how dangerous being a ‘Smart Alec’ can become. Look at me.   Don’t you think I’m dressed to be an adventurer?  I’ve got the right gear.   I’ve got ALL I need.        WRONG!’

Unfortunately, my attitude did not live up to my costume.  I was arrogant.  I was not like the ‘other’ bears, trendy designed for a specific role in life.

I was an explorer, and no one, absolutely no one, was going to tell me how to live my life.

When I first came here, I couldn’t care less about ‘silence’ ‘rules’ or listening to the wisdom of older ones.   I was dressed for adventure.   Therefore NO ONE is needed to caution me, advise me, or teach self-control or responsibility.

I was EDMUND THE EXPLORER.   All of life should revolve around me and what I wanted to do.  I believed I had every right to do it when and how I wanted.

‘I tried to warn him of the dangers in the world. I tried to impress upon him he was only a teddy bear.    All he could think about was how well he was dressed.’

Edmund continued. ‘little Sue here’ he pointed at Sue Care-Bear. ‘She made a mistake.  Her mistake could have endangered ALL our privacy.   But, it was an ‘accident’.   He smiled and waved at the tiny bright pink shape on Joseph’s lap.

I deliberately broke many rules and could have destroyed myself and spoilt the lifestyle of everyone here in this amazing and magic place.

I decided to go ‘off’ on an adventure one weekend in early spring.  It was cool and pleasant weather.   I told no one I was going or where.   I jumped off the shelf and TOOK OFF.

Missy tried desperately to stop me.   She kept circling and put her paw on my shoulder.   ‘Oh, please, please little bear.   You’ll get in a lot of trouble.  We may never see you again.’

Weeks later when I was being swept out to sea on a flooded river, I remembered very clearly what I had said to the dog.

All the rules of secrecy and not ‘talking’ – be diligent we are magic bears - only made real by human inspiration,’ were ignored.

I chattered to anyone I met, human or animal and was surprised that I caused so much trouble.   Horses one day stampeded.  Two children told their parents they met a ‘talkingteddy’ in the barn.

“Don’t tell lies” the mother said and took them away to be punished.

I did not want the children to be in trouble so brought out my binoculars and charged across the backyard.    ‘They’re not lying.   I’m Edward the Explorer Bear.’

I waved my arms wildly and ran as fast as I could across the field shouting loudly ‘They’re not lying!’

The human mother saw me coming towards her.  Her face went very white. She fell to the ground.

Humans began to assemble, arguing about what the woman and children claimed they saw and heard.

Everyone had a different interpretation.

I had found a deep hole in a ditch.  I covered myself with leaves. For many days I was totally quiet and still.     I hoped if I was discovered, they would see   themselves,  I was not an alien, or dangerous,  but simply a teddy bear.

From then on, I tried to be more careful.

I walked lots of places and made maps.  I learned about our neighbours, but it was when I was reluctantly heading for home, that the flood came. This event taught me my greatest lesson in common sense.

It began to rain.

Great torrents of water poured onto paddocks, and into small creeks and streams.

I lost my sense of direction in the onslaught, and for days and days knew I was completely lost.   I had no idea where I was.

Back at the house, I later learned, when Missy told old Ted about the missing bear, no one could go to help.   No one knew where I had gone or had any idea if or when I intended to return.

They had to consider me a complete outcast and only shelf-shuffling for five weeks disguised the evidence of the empty place on the second top shelf.

When the river and the creeks merged and then overflowed the banks, I was swept away with, snakes, lizards, mice, and mounds of smelly leaf-mould and garbage.    Most larger animals ran to ‘higher ground’.

I was swept into a tree branch, a soggy dirty mess. I hung there, helpless and suspended for a long, dark night and the whole of the next day. I knew if there was a search for people, no one would notice a little bear in a tree so I began to yell as loudly as I possibly could.

He looked at old Ted and said quietly.

‘When I finally got home, I did not tell you the full story.  I think I should tell it now. You may not believe me, but it is the truth.    This is the main reason why I hid on the 2nd shelf for four years and only came out, or spoke, because I was asked to help the lost cat return home.   I vowed to never speak or move again after my encounter in that tree.’

All faces and eyes in the room were on Ed as he completed his story.

A bright light suddenly came towards me,    I heard a voice. 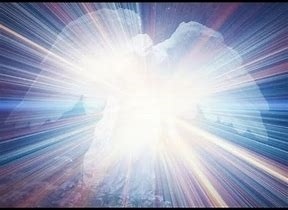 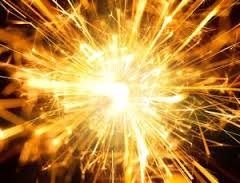 Who or what in this scheme of life do you think you are?

Shadows of approaching darkness were dispelled by this light. Tree tops and the leaves surrounding me were illuminated.

I am an angel the voice soothingly continued.    Do not be afraid but listen CAREFULLY.     I am a representative of the ONE who upholds the universe – The Great I AM.  -   you are only a soggy toy with life only because human inspiration gave you a voice.

Be very careful.  If you cross the barrier between human inspiration, magic and what is God’s unseen world of the miraculous – His Spirit world – you cause great damage.’   This can be used as DECEPTION and a weapon to destroy holiness.

I will help you, little helpless one, if you promise me you will live by the rules put in place by those who KNOW.   There are many who will guide you and help.  This will keep them safe as well.   You are a teddy bear – magic gifts are not for personal advertisement.  Maybe, just maybe, you will one day, use yours to help someone else.

I felt myself being loosened from the restraint of the tree limb and then I was taken – somehow – I felt nothing.   It was silent.   Yet, in a moment, I was soaring over our back fence and landed beside Missie.

She woke up barking furiously.   She licked my face. ‘Welcome, welcome little explorer bear. I’m happy to see you.  Everyone will be very happy. Woof! Woof! Woof!’

‘Stop that barking, Missy.’ The man’s angry voice came from the back bedroom.      ‘Go back to sleep.’

Across the night sky I saw a yellow flash and heard:

Never again cross the barriers between make-believe and the Holy Kingdom of God.  Live by the rules of who you are.’

In an instant like drifting cloud, the angel was gone.

‘I give my word to all of you here, I will never again break the ‘safety’ rules. Edmund moved and stood beside the chair where Joseph and Sue Care-Bear sat.

‘When Missie carried Ed to me, he was a mess.   He was filthy, smelly and his clothes were torn.

We had to hide him behind Sophie’s cat tower for two weeks.   A little at a time we were able to clean him up.   We even replaced some of his clothes with donations from the doll’s closet.

With a lot of team work and effort, by the end of 2nd week, he was bathed, restored and back on the second shelf.’

‘I personally ordered him to stay there.   I instructed him not to talk and never move unless he was called by name.’   Joseph growled.

He nimbly climbed back onto his allotted place on Shelf 2.  ‘Oh yes, I’m Edmund the Explorer Bear and I’ve learnt contentment comes with knowing who you are and where you belong.’

He laughed and everyone joined in.

A lesson to all of us’ Sue Bear said.   She cuddled more closely into Joseph’s chest.