Colin had a dream. One day he would actually sail in a boat.

‘There’s a bear in my bath!’ the child’s high-pitched call echoed round the house.   ‘He’s trying to get out.  What should I do?’

‘Maybe not’ Dad groaned. ‘Nothing in this house surprises me, any more.’

‘I’ll put him on the floor’ ten-year-old Lisa responded.

She was visiting overnight and was already sure her little cousins lived in an amazing place.

‘He’s got a little cap on his head and a coat with two rows of  golden buttons.   He looks like a ship’s Captain.’

All the bears in the cupboard began whispering.   ‘I didn’t hear him go’, Scott said to Pedro.   Comments flowed along the shelves. Amazement was expressed that no one had noticed his absence.

‘It’s my fault.’ Sue care-bear said to Joseph.   She cuddled into his chest and continued plaintively, ‘He came off the shelf late this afternoon and asked if he could go and sit in the little boy’s boat.   He had seen the child take it into the bathroom and was curious.   I told him not to wake you.'

‘Go, look – maybe sit for a bit but come back to your right place immediately'.   He agreed.  I thought he had returned at least an hour ago.’

Meow! Not very smart’ purred Sophie from her position on the cat scratching pole.   ‘These bears are too adventurous.   Once out they don’t want to come back.   They really scare me!

When Missie came in barking ‘What’s up?   What’s up?’ Dad erupted from his study shouting.

‘What’s all the noise?'   Why are you barking? Whatever is the matter with you, Cat!’.    He wasn’t expecting answers, but a babble of sound indicated that everyone in their own way, unheard by his ears, answered him.

‘Please, Uncle Tim’ Lisa’s clear voice came from the bathroom ‘I hope it’s alright to put the bear on the bathmat.’

‘Please open the door and I’ll go home’ Colin pleaded.  He was not heard and after the man outside affirmed the suggestion, Colin found himself face down on the bathmat, with his nose buried in the fluffy towelling.

Colin waited.   All the bears outside waited.

Lisa splashed happily in the tub uncaring that splashes kept cascading over the little bear on the floor.   His hat and coat were soon foaming as bubble bath solution fell in blobs all over him.

After what seemed a lifetime, Lisa finished her bath.

Bathwater gurgled down the plughole as she towelled herself dry, dressed in pyjamas and finally emerged again  in the clear view of the watching bear eyes on the shelves.

'Did you enjoy your bath, love?' Dad asked.

'Oh yes!   It was fun. I'm sorry I missd seeing my counsins tonight but we'll ctch up in the morning.'

'Good night then, Dear.   We hope you will sleep well'

'There's a bear on the floor' murmured many voices in unison.

Humans could'nt hear but the cat and dog reacted with great outbursts of noise.

Mother came into the hall. 'Whatever is the matter?' she enquired softly.  'Did you ever sort out that business of the 'Bear in the Bath'? '

'I'm not in the bath now' moaned a foaming Colin from the floor.

'I forgot love, I'll go and check now.' Dad went to the bathroom, picked up the foaming Captain Bear and sighed.   'I will not even ask how you got here. Perhaps you walked.' He was joking but added seriously.  'It was probably the cat, but why she put you in the bath is a mystery. I hope one day  I'll solve it.'

Finally, she curled up in a ball and went back to sleep.   Her basket was beside the sofa.

Together, the human parents managed to towel-dry the bedraggled bear and placed him on the table.  ‘We can put him in his right place on the shelf in the morning.’

When the parents walked away towards their bedroom, she did just that.

Without further discussion, the dog gently lifted the bear, shook him to remove any remaining moisture, then took him to his third shelf position in the cupboard.

‘Move over’ she barked at Pedro and Matt. ‘Colin goes in the middle.’

‘We know’.   We were only here to fill up the space caused by his absence.'

His friends moved to let him settle. Colin then bowed to the dog. ‘My particular gratitude to you, m’am.’

Finally, the house was quiet and peaceful. The humans were all asleep.

‘I’ll want a full explanation in the morning.’ He proclaimed.   ‘We all want to know how this happened.’

Flash and Fina swam round and round their fish-tank.  ‘This’ll be another mystery for that poor human man to think about. How did the bear on the table get back on the shelf?’

Dad never solved the moved bear mystery, and, although he grappled with it all through breakfast, other more pressing needs occupied his day.

Through the years, sometimes thoughts would surface.  For some reason they always made him smile.

Colin told his story to Ted during a quiet time during the day.  All  bears, perfectly still and quiet, listened intently. 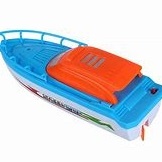 Colin could just fit on the bow but needed to push to get up again. 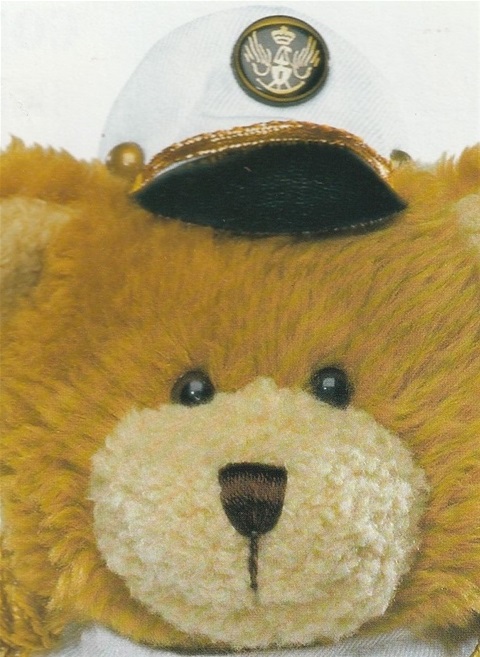 The captain tells his story.

He couldn’t hear me but I longed to show him.

I watched him carefully all day.  When I saw him take it into the bathroom…I thought

At last, he’s going to sail it properly.

I jumped down to check and saw he had simply left it on the side of the bath and then went away to do something else.

I only wanted to see it and perhaps sit in it for awhile.

I was going to dream about being a real Captain on a real ship.

I managed to jump up on the side of the bath and with a bit of wriggling sat myself in the boat’s bow.

It was a tight squeeze, but I was confident with a lot of wriggling, I would be able to get in and out without too much trouble.

I had been quite enjoying myself with this activity when everything suddenly changed.

A strange girl came just when I decided to go home.

She began to run lots of water into the bath.

I needed to get out of the boat and leave but knew I had to wait until she finished.

Steam was rising everywhere and the side of the bath was getting very slippery.

The girl unexpectedly walked out of the room. Maybe

she was getting fresh clothes or something.

I needed to act immediately.

I pushed myself forcefully out of the boat which unexpectedly, slid onto the floor.

I lost my balance and tumbled backwards into a foaming tub of bubbling warm water.

I floated and even began to swim. The water’s force continued to stir up more and more bubbles in the bath.

I knew I was disappearing into the foam.

The girl came back, turned off the taps and leapt happily into the tub.

Her hand brushed against me and she yelled.

I honestly didn’t know what to do.   I thought the best thing was to just lie there and be an ‘ordinary’ bear and try not to DO anything.

It was HARD.   I was so uncomfortable I wanted to splash and swim energetically.  There were bubbles up my nose and in my eyes.

I think you probably know the rest of the story.  I can only say I’m sorry for the inconvenience and thank you all for help. I’m glad to be back home.

All the bears groaned.

‘Well I hope it will not be for a very long time.   The rest of us need to recover.’

Missy barked and walked outside with the black and white plume of her tail held high and wagging enthusiastically.