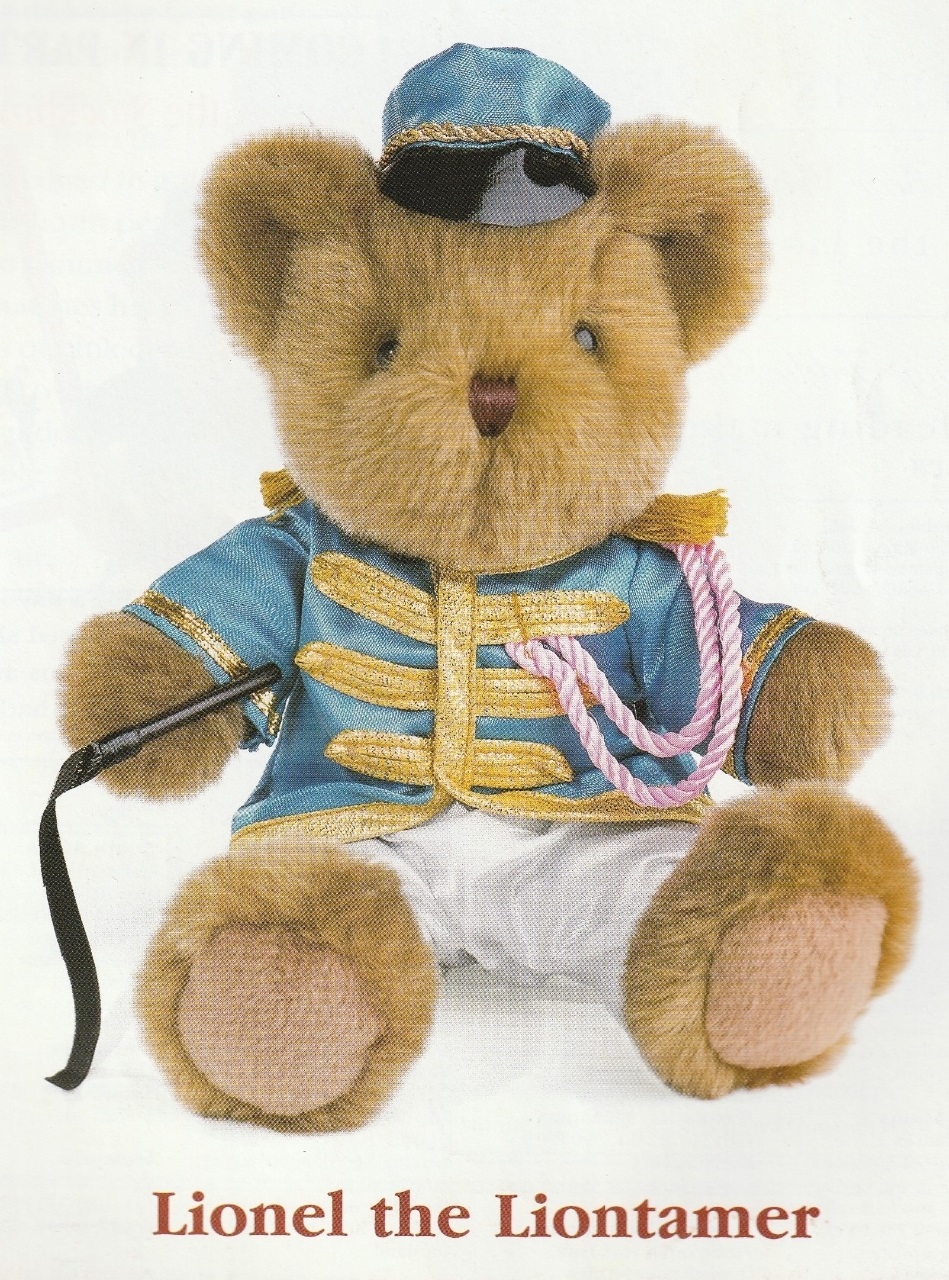 Prepared to face the savage beast!

Marmaduke  or ‘Marmi’ as most people preferred to call him was an enormous ginger-yellow/gold cat who lived with two senior ladies, Peg and Wilma in an  ancient farmhouse.  It was several paddocks away from the house on the ridge where the children, the animals and the small teddy bears lived.

Marmi was pampered and spoilt.   He was contented, extremely portly, and most days simply sat gazing out a large window.   He had a huge scratching post with a tower and the view was impressive.   He could see cattle grazing in distant fields.

He was free to wander outside and this he did occasionally, but food smells and the lifestyle of an ‘indoors’ feline always lured him back to his watchtower of luxury.

One beautiful warm spring afternoon he saw something unusual.   It danced across the grassy area near the distant fence-line.

It was large and round and bright red.

Curiosity overwhelmed his usual lazy, cautious commonsense.   He pushed through the screen door and ambled across the paddocks.

‘Oh, excuse me, ladies’ he called to two dozing cows under a tree.

The helium-filled balloon lifted on a wind gust and bounced and danced across areas where Marmi had never been before.

He didn’t care– the game was fun.

‘How dare you cross my yard’ growled an angry dog’s voice. ‘I have people and many cattle to guard.   You are not welcome here!’

Marmi was terrified.   The blue cattle-dog was not large but its teeth snarled at him with furious intent.

Now, he simply ran as fast as he was able with the small monster napping at his heels.

‘Oh!  this is FUN.’ The growling voice taunted.

He positioned himself comfortably on a forked limb and from between the leaves his golden face focused on the snapping dog below.

The dog however, was not prepared to move.   He sat very still, silently watching for hours.   Even when he appeared to be asleep one eye was still focused on the cat above.   Marmi dozed, but spat every time his eyes returned to the sentry below.

Shadows lengthened, and gradual darkness swept across the paddocks and fields.

‘Blue! Blue! Where are you boy? It’s time for dinner. ‘ The man’s voice came from an illuminated house doorway in the distance.

‘I’ll have to go.’ Blue barked.   ‘I must be obedient to my friend and master but you, you up there better get on your way.  I’ll check as soon as I’ve eaten.   You better be gone! Woof! Woof! Growl! Growl!.

‘Go and get your dinner.  Meow! Meow! Meow! I’d like to scratch your eyes out.     I only want to go home.   I don’t like you either.’ He hissed his final angry response, and carefully slid back to the ground. Then, he bounded away until he found another fence and pushed his way through.

He was very tired but strangely invigorated by the exercise.

He saw lights on in a hilltop-house so cautiously made his way there.

He climbed another tree, made himself comfortable, and waited for the morning.

Marmi stretched.  It wasn’t easy, wedged in a tree branch.

I miss my special bed and my own place. ‘I want to go home. Meeeow! Meeeeeow!’

The soft plaintive cry alerted Missy to the intruder in their garden but she waited for the day to unfold.

Fingers of sunlight touched the back garden and Marmi saw interesting things happening.

A black and white dog danced a funny border-collie jig ‘What a great day.  I’m so happy.  So very happy’.

Then, a small teddy bear dressed in blue overalls wearing a straw hat, strode out the backdoor.    He began digging in the garden with a spade.

It seemed to Marmi the dog was keeping watch over the small bear.   After a time the bear finished his gardening, and the dog carried him carefully back inside the screen door.

Missie then came to the base of Marmie’s hiding place and said. ‘Hi!. Woof! Woof!  This is a special place.  Stay very still and quiet for now. I’ll be back to help you later.’

Unexpectedly, the back door fully opened and a man/woman and three children spilled out onto the lawn.

‘Grandpa’s got a birthday’, a pretty blond girl  said to the dog who, in response, wagged her plumed tail enthusiastically.

When everything seemed safe and quiet, Marmi decided not to wait for the dog'sdr return but dropped silently to the lawn.   He then quickly padded his way to nearby bushes and hid among the foliage.

He had been seen!

A voice from the window loudly meowed.   ‘There’s a lion in our garden.’

‘Rubbish what utter rubbish’ the ancient rumbling voice of old Ted on the lounge, boomed forth.  ‘There are no wild lions in Australia.’

A little brown bear from the back of the top shelf suddenly surged forward waking up sleeping bears on shelves and in cupboards.

Only the older more ordinary bears remained unchanged by the excitement.

Others on the shelves settled quickly although Pedro the Pirate shook his cutlass too close to Colin the Captain’s nose and Colin punched his arm and then, politely apologized.

Lionel jumped to the floor brandishing his small whip.

He didn’t hear the many voices of caution but waddled out the door and quickly crossed the backyard.     ‘I’m LIONEL THE LION TAMER. At last, I have a job to do.’

Marmie met him underneath the rose bush.

The huge golden cat dwarfed the tiny bear bravely brandishing his whip. Lionel was shaking but the whip cracked with intent.

Marmie sat. He lifted a massive paw.  ‘Hello! Meow! Meow! Do you think you could help me find my way home?’

Lionel placed his tiny brown paw on the cat’s golden one and softly replied.

‘I’m Lionel the Lion-tamer.  I’ve done my job.  We have friends who will be able to help you.  I’ll ask Missie.’ 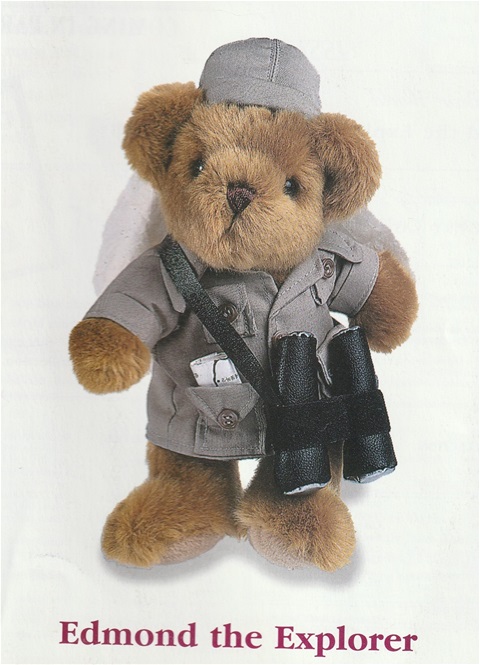 Missie joined the conversation.  ‘I’m right here.’ As if to emphasize her statement she ran round and round in circles with her black and white tail held up high.   Yes, indeed. Edmund the Explorer Bear will be able to help.   He once had an amazing adventure and now has many magic maps in a little pouch.  I’ll talk to him.   I’ll tell him your problem.   He’ll find the solution.’

Marmaduke the spoilt ‘indoors’ cat was indeed safely back home in the loving arms of his family before the sun set that same day.   He was back on his scratching post tower and had even had his dinner.

No one would believe Marmie’s story even if everyone could talk.  Magic Bears and their magic stories cannot be explained.  They are simply magic!.

Marnie allowed a tiny bear called Edmund the Explorer, lead and guide him over paddocks, past danger.T ogether they found the huge red balloon wedged in the branches of a flowering hedge.’  They patted and pushed it back to Marmaduke’s yard.

The two human females were ecstatic at the safe return of their ‘baby’ and were astonished by the gift he had brought home.

‘Thank you, Ed.  Thank you, Lionel and Missie and all the folks I met on my journey.   Even grumpy little Blue.   Keep doing your job, little growly Dog.’

Marmie drifted off to sleep that night happy and at peace.

Lionel the Lion-tamer returned to his place on the cupboard shelf.

‘It happened! It happened!’ he called to anyone who listened. ‘I tamed my first lion.’