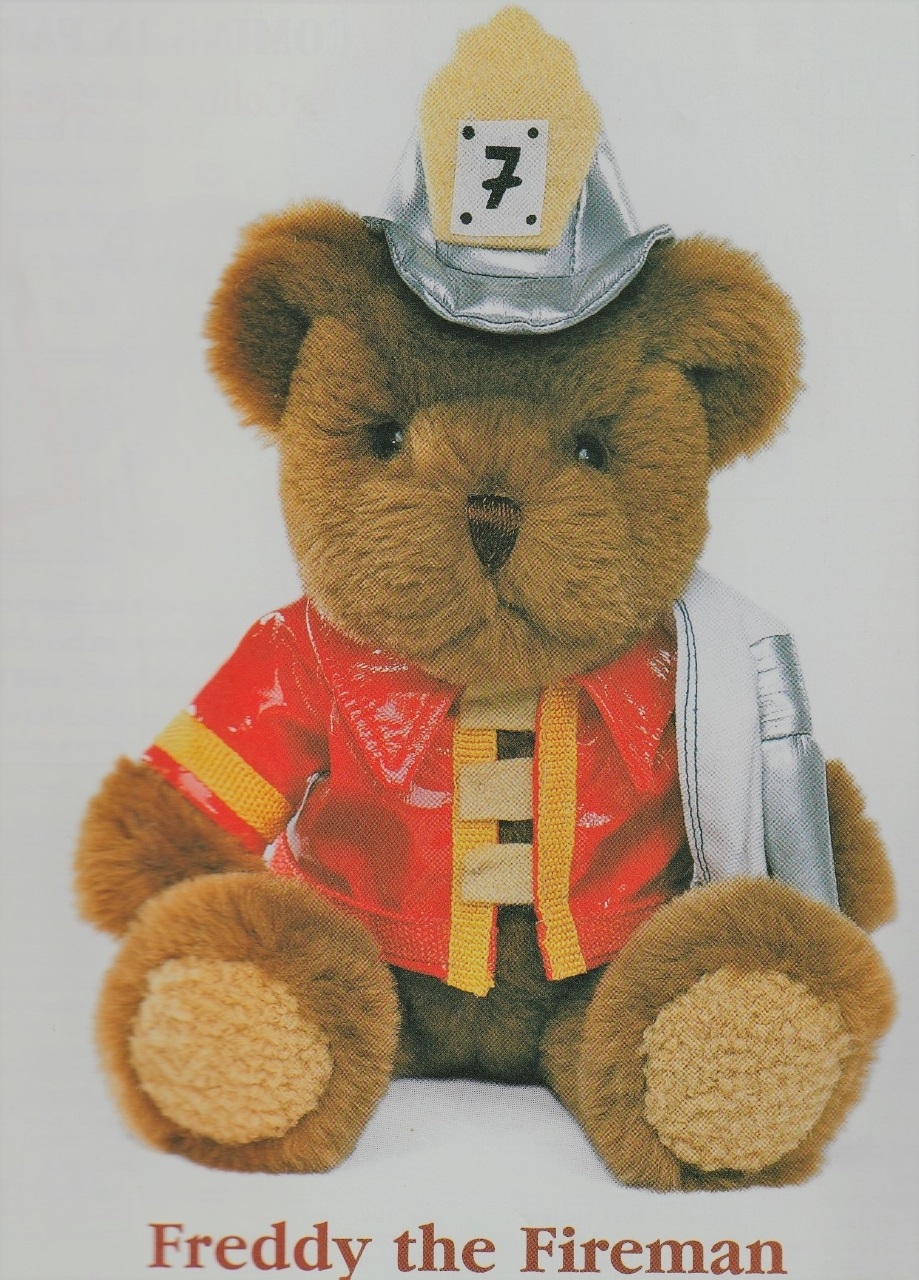 'Who said that?'  Joseph woke with such a start that Sue Care Bear on

his lap,  grabbed at his fur to prevent being toppled out of the armchair.

'I certainly don't see anything or smell smoke.'

'I'm sorry.   I must have been dreaming.' The voice from the highest

shelf seemed to come from behind the small potted plant.'I'm Freddy

the Fireman.  Most of you will never have seen me.   I usually watch

in silence and have never spoken before.    I had a dream.   I think it

was a fire because I was in the middle of it with my tiny hose.  It was

scary but I felt useful and it was rather fun.   I am sorry  I woke you

'It's alright young fella' Ted muttered. 'Now most of us are awake.

Come down and introduce yourself.   It's dark and all the humans are

asleep.    It should be safe for us to get to know you better.'

'Me too!' mewed Sophie from her cat tower.   I want to listen

and be part of the conversations.'

The goldfish didn't say anything but the splashing and churning

water in the' fishtank' told everyone they were listening.

Freddie abseiled down the side of the shelf.  Pedro the Pirate

Freddie was enjoying his adventure but lost his balance

in his final few steps.   He landed heavily and fell over

face down on the carpet.

Missie was immediately on alert and raced to help.  She

put him back on his feet. He toddled shakily forward

and stopped beside Old Ted's armchair.

'Thank you, lovely dog' Freddie said politely to Missie. She

by a wise old bear many years ago I was a fireman.'

'When you see a fire' he said 'You should shout 'Fire! Fire! Fire!

to let others know.'

I know I look a bit trendy but I guess, I look like a fireman and I

one.   I'm not really sure what I'm actually looking for.'

Suggestions came from wide-awake bears and even a

couple of slurred comments were voiced from the

half-asleep on shelves and in the cupboard.

'Thank you!' Freddie responded.  'I will look for something red,

usually noisy, expanding, dangerous, small but can be

massive.  I'm to run if its trying to catch me and must yell

'Fire! Fire! to make sure others are safe.'

'Never try to deal with it by yourself' Old Ted instructed

For a short time there was chatter and conversations on a

The Santa Bear enquired, 'Does anyone know how long it

'Not sure' mumbled Pete the Pilot.

It was Sue Care Bear who knew the answer.  She spoke

quietly and confidently. 'It's a long time yet. Seven weeks and

'How do you know that?' Joseph asked.

here this evening.   I think it's time we all got back to sleep.

There was no opposition and sleepy bears on shelves, in the

cupboard and on chairs closed their eyes and returned to

The fish returned to their sunken hollow tube, Sophie to her

tower and Missie turned towards the backdoor.

A bear voice broke through the stillness.

have permission to go outside with Missie? I've never been off

the shelf before.  I'd like to see what is outside.'

'I'll carry him out' Missie responded happily. 'I'll show him round

the garden and return him to his shelf in a couple of hours.'

Old Ted nodded. 'Be careful.  Look around, and come back

Missie trotted out the back screen door holding Freddie by his

left leg.    She pranced and danced - the picture of border-collie happiness.

The house returned to  nightime settled peace.   All the

Freddie happily explored the garden.  He even enjoyed

Missie got rid of him with a swipe of her paw.

Freddie lay down beside the dog near the water-tank.

They went soundly off to sleep. 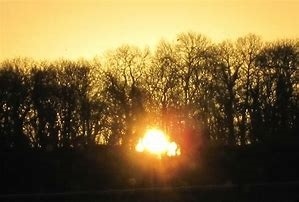 The sun rose from behind the treeline. 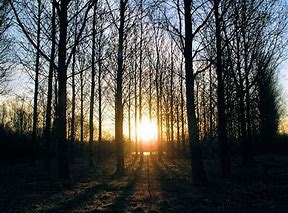 The hillside behind them glowed.

It was everything he had been told.   It was red, bright, sometimes small then it expanded and

became bigger and bigger.   It loomed over him and when he moved it chased him.

Awestruck, he was amazed and terrified.

He yelled as loudly as a small magic bear could yell (by human standards, it was little more

than a wind gust).

Father in the bedroom rolled over and muttered.

Help! Help everyone! I know I'm going to need help.'

Missie barked once. 'I think it's Ok.   There is no danger.'

No one was listening.

four from the shelves scrambled, then dropped to the floor.

An army of volunteers was ready to face whatever lay before them.

Lined up now, side by side they stopped at the screen door and peered into the outside

What they saw was overwhelming.

'It's not a fire' Old Ted reassured with certainty.  At least not one we have to deal with.   It's

the rising sun.   It's a stunning sunrise.

Sunlight played flickering fingers of light across the faces of the watching audience.  Small

'It's absolutely beautiful' Missie barked.   'I must.  I must wake the family.'

She was conscious of her family responsibilities.

Right places.   Please help one another and please could someone help me.

I got down but have no idea how I'll get back up again.'

Missie pounced and grabbed his shoulder.   She pranced around the room,  After

back in his lounge-chair position.

Missie impatiently waited until all the bears were safely back in their correct places.   She

pushed,  rearranged and helped where she could.

There was a lot of laughing and fooling around.

many years.   Probably because of fires and extra heat reflected from the  red desert sand. It's

'What ever is the matter dog? Why this dreadful noise?'

He looked out the back door facing east and gasped.   He shouted until the family

It was one of the most beautiful sunrises any of them had seen.

'Thank you, Missie.' Mother said. 'We were not too happy at first, about your noise,

but  now we're glad you woke us.

Dad used his camera and took a photograph. The family brought biscuits and drinks

into the backyard and sat in plastic chairs.   They watched the wonder of the climbing

sun through the bush.

Welcome to a new day!

'I'm sorry it wasn't a REAL fire' the voice of Freddy murmured.

Quickly a chorus of voices responded.

Oh no Freddy the Fireman,  we are grateful you were responsible for showing us a great

ball of fire from the sky.