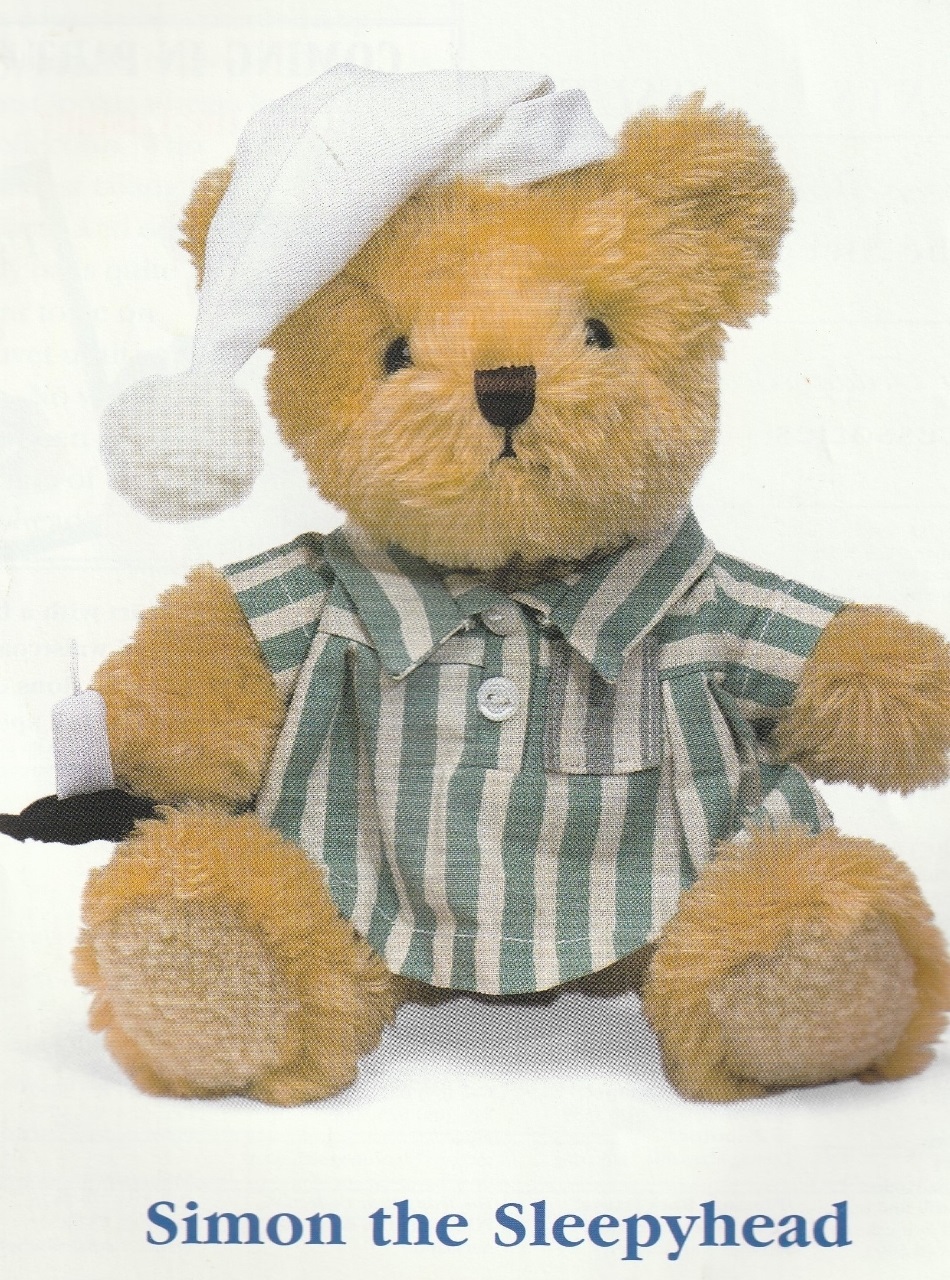 Simon will miss his own life story

One evening in mid-summer, the human family gathered to watch the special Television Event commemorating fifty years since astronauts landed on the moon.

Old Ted had given permission for the Teddy Bear community to quietly re-position themselves so they could have good viewing from shelves and cupboard spaces.

Simon argued. ‘I only want to sleep.’

Joseph growled at him.  ‘Aw young fella you can’t sleep all the time and at the end of the space program there is going to be a documentary titled….. History of Teddy Bears through the Ages. You will find something interesting there as well.

Simon was encouraged to move to a front position on the top shelf.

‘You can lean on me’, Guy the Guardsman encouraged helpfully. ‘I know you get tired.   I’ll make sure you don’t fall off the shelf.’

He yawned and settled himself comfortably. 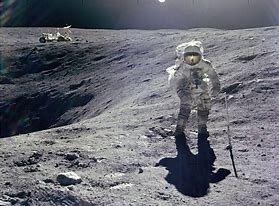 Permission was given to watch the documentary about the 1969 moon landing. 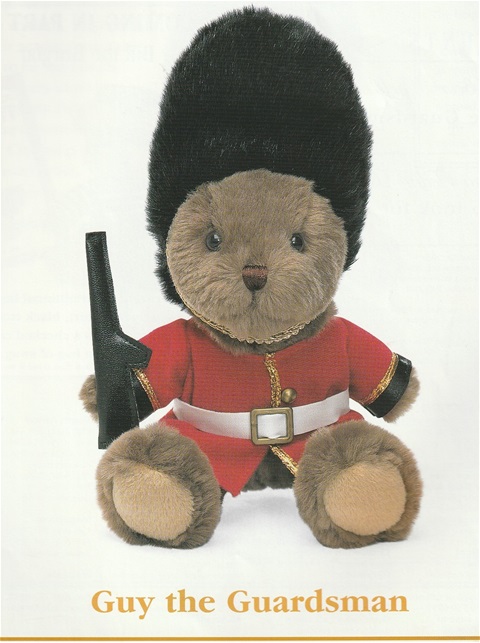 Guy gives Simon a little poke with his rifle.

Animals, - even the goldfish-, humans young and old and the watching bear community all found the human adventure from so long ago of the moon landing was interesting attention-holding entertainment.

The story of Teddy Bears through the ages was also a fascinating documentary.

Mother called excitedly.  ‘This is great! The story of the modern-day Bear Collection makes me pleased we have our forty.  Oh, look everyone there’s Simon the Sleepy-head Bear.

Loved by children the commentator emphasised A reminder always of childhood, busy days and bedtime tiredness and sleep.

‘Oh look, Simon’ that’s you.’   Guy gave Simon a gentle poke with his toy rifle and Simon toppled back. 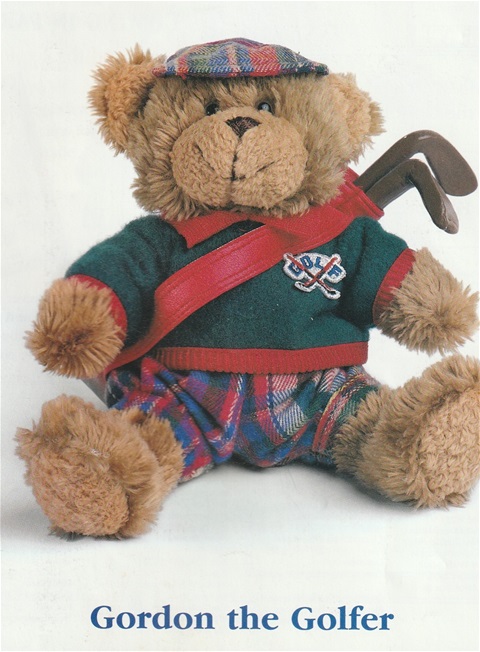 He slid and the pom-pom on his little hat hooked onto Gordon the Golfer’s golf clubs.  Half asleep, he swayed drunkenly. 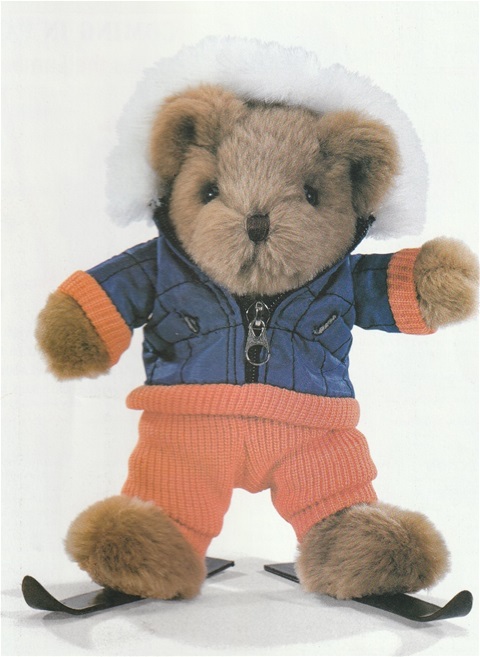 The larger bear shakes his golf clubs free but manages to stumble.

Both Simon and Gordon step back and step on  Scott the Skier’s right ski.

This begins to slide sidewards along the shelf.

For a few minutes unusual moving and sliding happened as top shelf residents shuffled and struggled to return to correct alignment and stillness.

Old Ted looked up alarmed, but only gently warned

Dad had seen something.

‘Some of those little bears moved.’ Dad murmured. ‘I saw them!’.

‘So did I’ Sophie mewed.   ‘Meow! Meow! Meow! Bears are moving everywhere. Meow!’

‘Quiet Sophie.   Did you see them move, Missie?’ Dad absently directed the question towards the border Collie.

She sprang to her feet and answered passionately and truthfully. ‘Oh yes!   They do it all the time.’   Woof!    Woof!   Woof! That’s what they certainly do.’

Dad heard only what he wanted to hear.   ‘Of course, they didn’t you’re so right dog.    I’ll make sure the window is firmly fastened in case there was a draft.’

‘Bed- time everyone!’ he now called, and as people and animals were going in all directions it gave the shelf bears time.   In the confusion of movement, they were quickly back in their right places and willing bear paws gently guided Simon the sleeping Bear.   They propped him comfortably against the top shelf back cupboard wall.

He was the only teddy who did not see the cartoon image of Simon the Sleepyhead Bear acted out on the T.V.    The yawning ‘time for bed antics’ of Simon had kept them all entertained.

He is our own special and magic

Only Missie thought she heard Simon snoring as she drifted off to sleep.   She said ‘woof!’ as her black and white head rested comfortably on her paws. 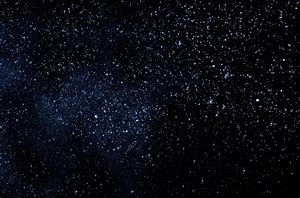