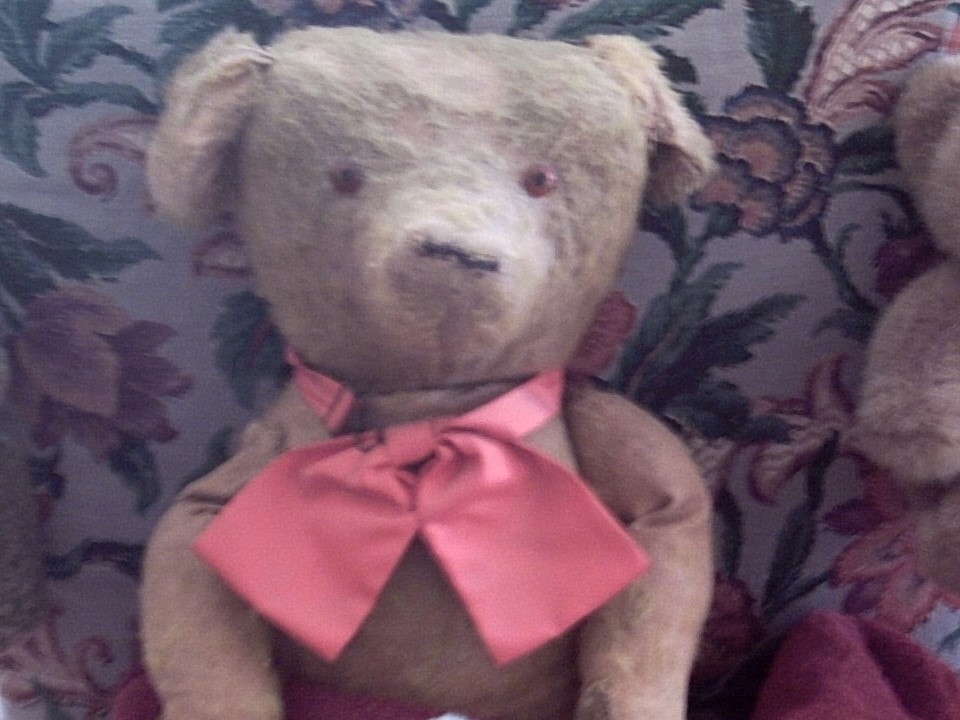 Old Ted holds a Meeting. A degree of secrecy has to be maintained. He only invites six of the bears . 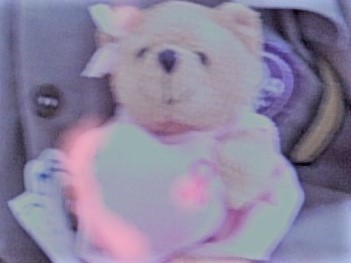 'Sue!   Sue!   Will you please come across to me and sit on my lap for a short time.    I want you to do a special job.  I will be able to explain if you are closer.  Then, if we are disturbed, few people will  notice.

While it was quiet, Sue slid to the floor, then walked to stand beside the large armchair.    The Old Teddy bent  and scooped her up.   He cuddled her and then sat her in regal splendour in his lap.

Sue was aware that his rough and aged fur coat was a bit more prickly than Uncle Joseph's luxuriant fur.

Ted gently explained.   'Please Sue I would like you to personally visit Alphonse (the artist), Henry (the hiker), Sam (the schoolboy),  Philip (the Photographer) Walter (the wine waiter), and Milo (the milkman).

Invite them to come tonight to see me.   Midnight if the house is completely still and none of the humans are wandering around.

Ask them to bring any writing instruments ie pens, pencils and paper which are part of their natural costumes.  I hope together we can assist one of our little bears who very much wants to share his story but is shy and feels 'inadequate'. 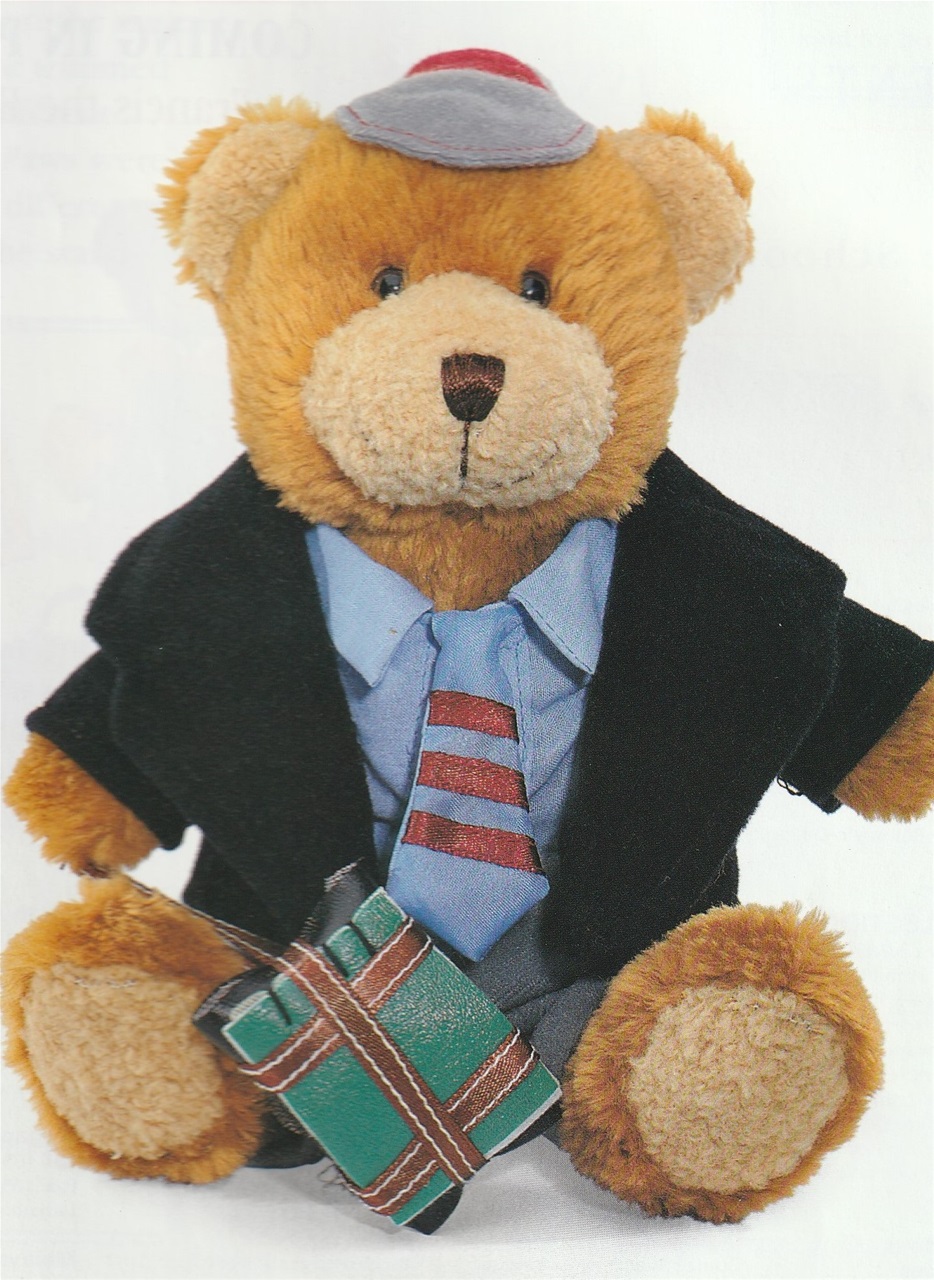 Sam came with notebook and a pencil 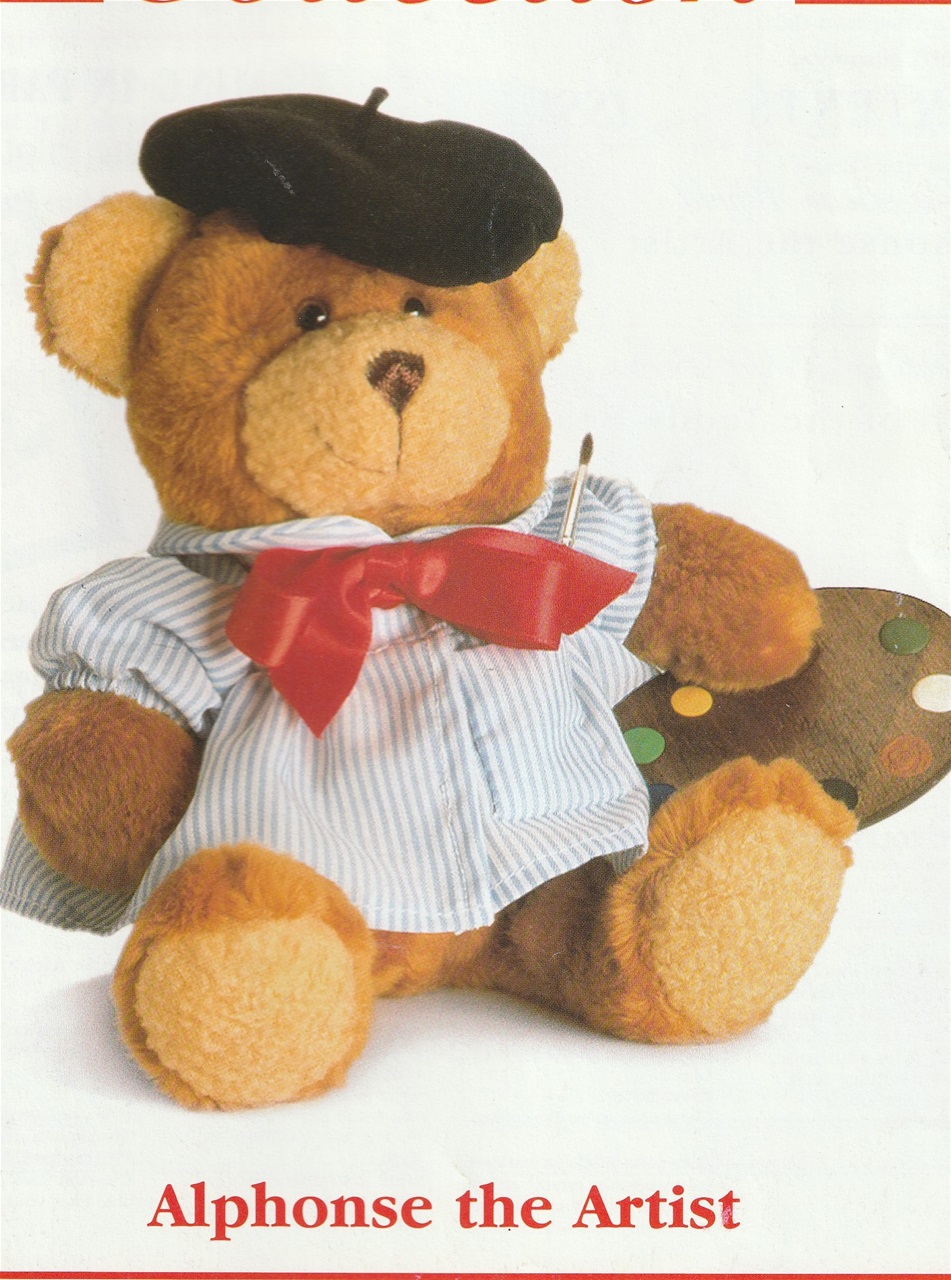 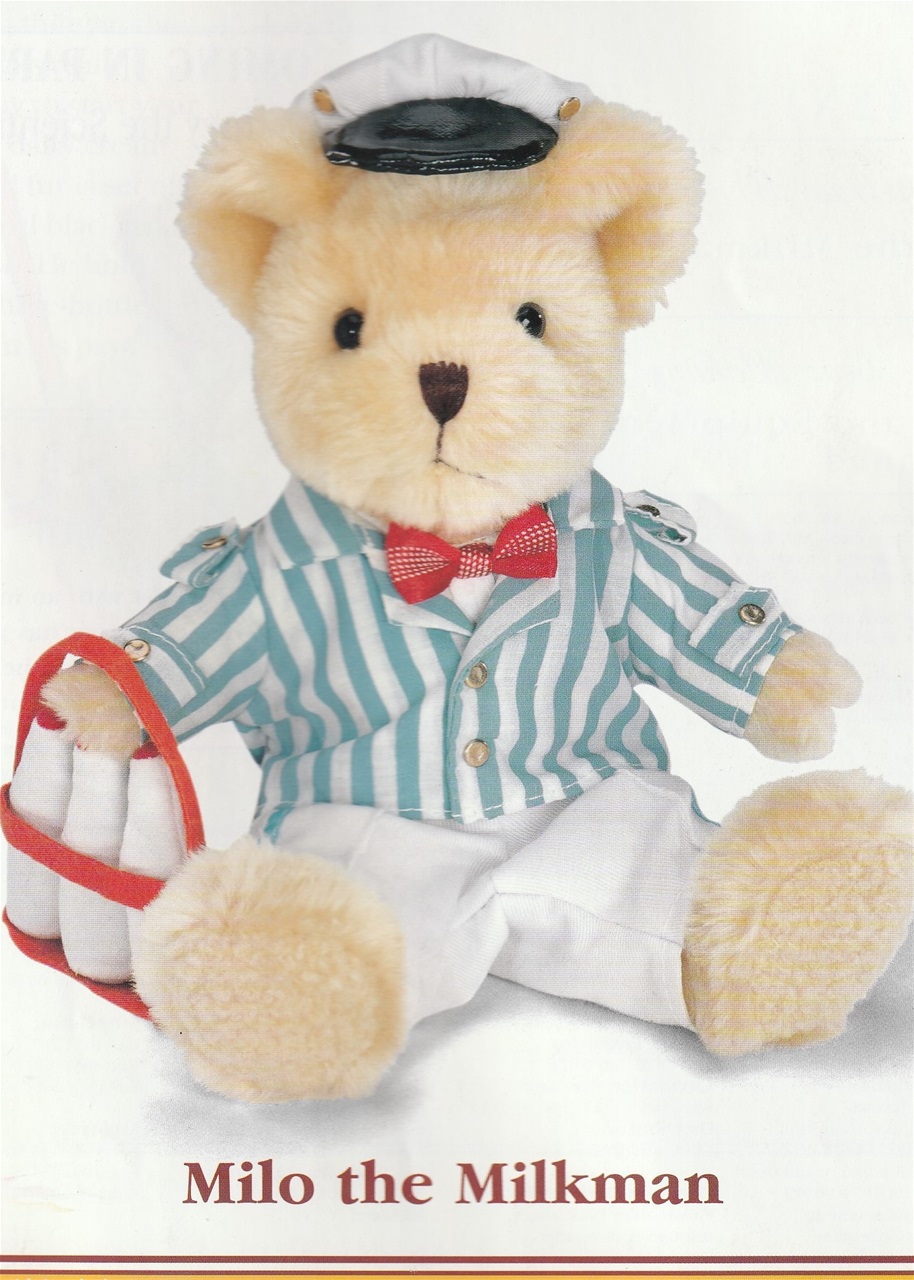 Milo brought his order pad and a pencil 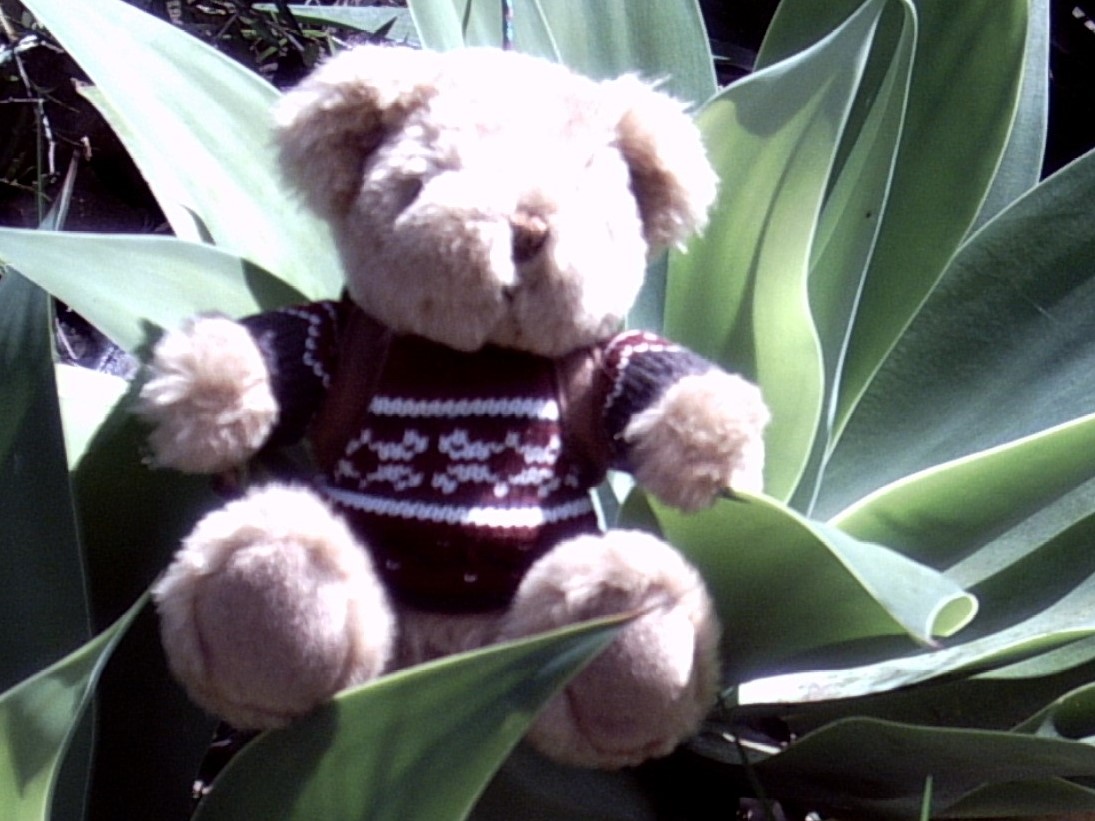 Henry was outside but brought his backpack with pen 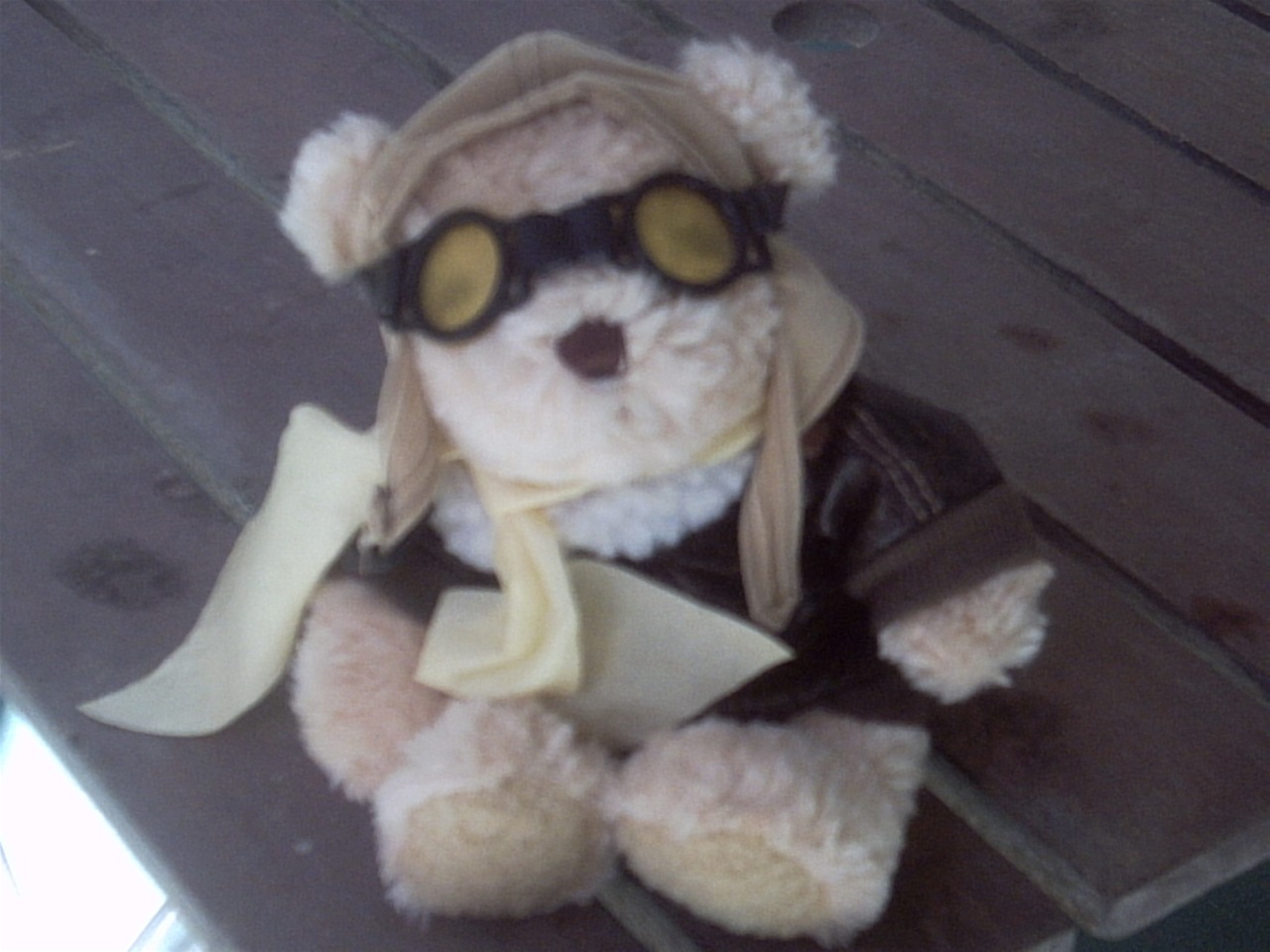 Pete the Pilot was not invited but flew in. Sue said OK 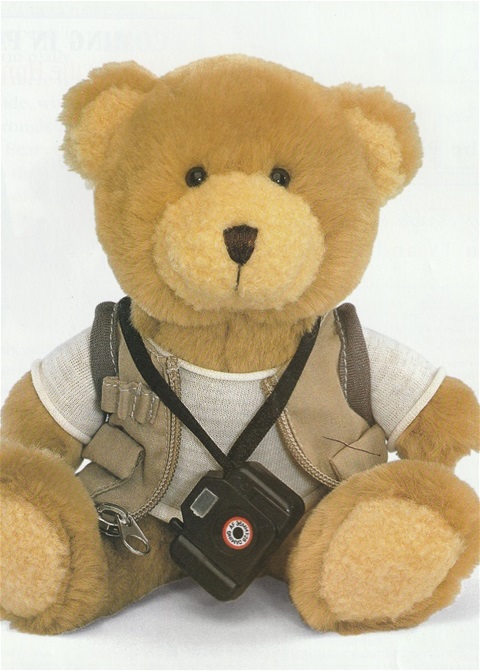 Old Ted nodded at the assembled bears and immediately observed that one who was not invited waved cheerily back at him and Walter the Wine Waiter was absent.

'I apologise for coming uninvited but it was an accident.

Walter gave me his order pad and a pencil,  He sends apologies (by the way). When I was trying to hand these to Sue Care Bear, I was standing on a large fig leaf I had been trying to make into a flying surf-ski.

I bent forward  overbalanced,  and flew down to Sue. I almost bowled her over. I hid down on a low shelf until it was time for the meeting.

'Typical! He's a rebel. He's always been trouble that one.'

Ted began his meeting by greeting the assembled five.  (Philip the Photographer came later.  He had become tangled in his camera strap. He was rescued by Larry the Lumber-Jack who amused everyone when he retold the story later to his fellow shelf dwellers).

Ted cleared his throat and began.'I hope if you work together what I'm hoping to do will bring surprises and happiness to many.

About three weeks ago there was a treasure hunt in the house for a children's party.    You will probably remember.  Lots of little humans all over the place.'

'Long after they had departed I discovered one of the treasures had not been found.  It was totally forgotten. I checked.  It was still there under one of the cushions.

When I heard about our sad small friend, I had an idea.

I would like each one of you to take one of these and write a little bear's name on the outside. Before you leave this evening, working together you maybe could put an encouraging picture or message inside.

I'll leave it up to you. Work together and use what you have in your individual abilities.

Ted lifted up a packet and distributed the contents before them.     Take care!  Think about the one you are writing to.    Enjoy!

Coloured envelopes swirled around and settled on the carpet at their feet. 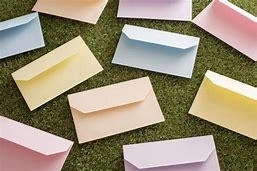 What will be accomplished? Will their efforts bring JOY?