WHAT CAUSED GUY THE GUARDSMAN BEAR TO FALL OFF THE SHELF? 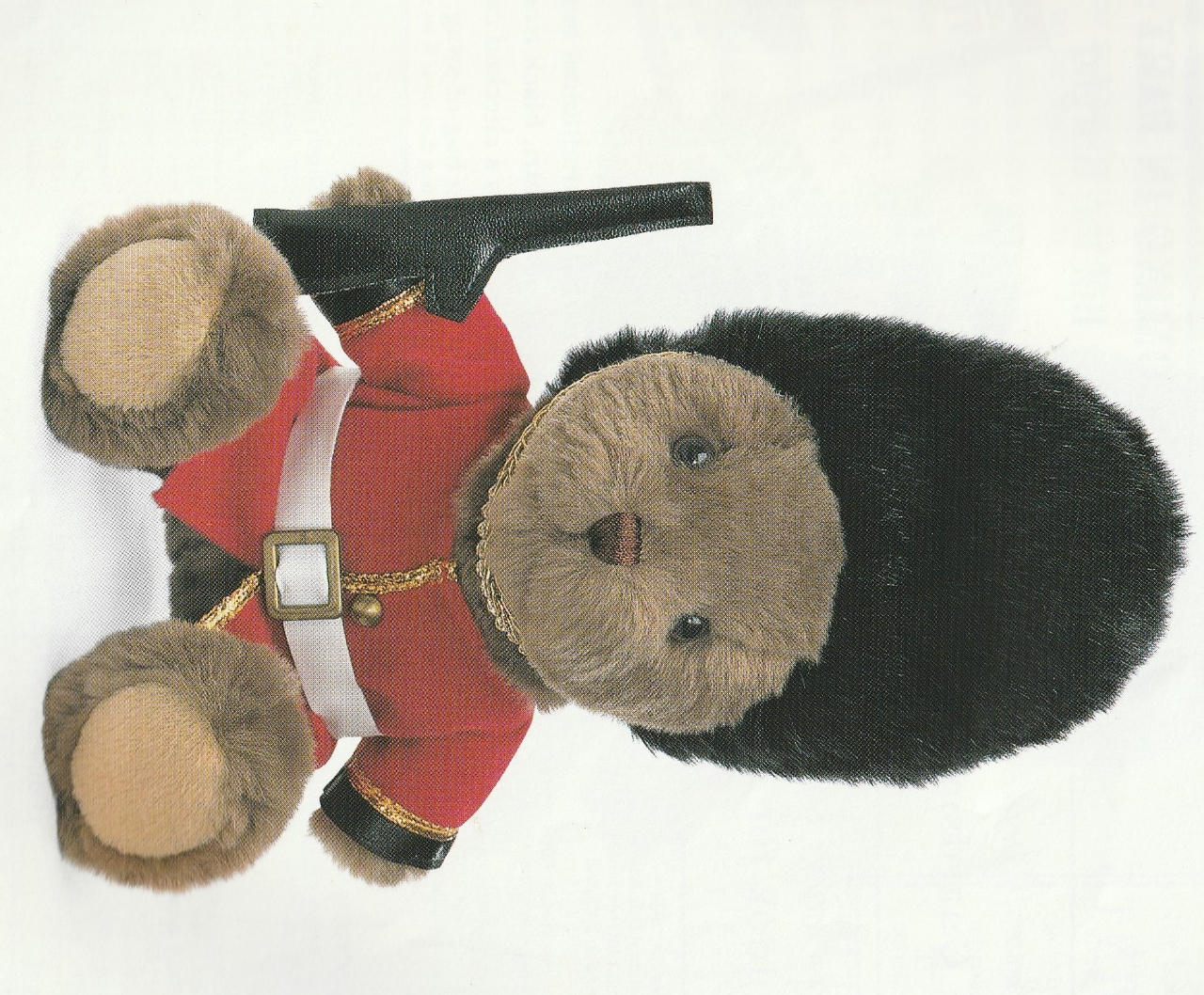 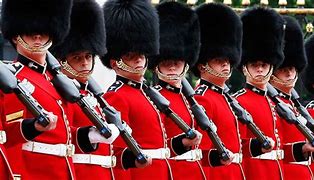 JUNE  2022 Queen Elizabeth II celebrated an historic Platinum jubilee milestone by being the longest-serving monarch to reign over the United Kingdom and her colonies across the oceans.

A Celebration Party so the world could watch on television a great gathering on the grounds of Buckingham Palace,  was advertised by world-wide media sources.

In the house on the hill the television was on!  In brilliant colour Charlee watched comfortably from her basket.  Many curious magic teddies from the cupboards, leaned forward in the cupboards to get a clearer view.

It was very EXCITING!

There were entertainers and pop singers, classical music and theatrical performances by well-known artistes.

When the military march began. One little bear could not control his excitement.   He began jumping up and down.

‘Look! Look! There’s lots of soldiers marching around.   Can you see there’s many, many who are dressed just like me? They’re carrying rifles and have the same furry black hat.       He let out an excited yell brandishing his rifle.

Guy the Guardsman Magic Teddy catapulted forward and landed on the floor behind the night light stand.

All   eyes were focussed on the television.   Only Char-Lee clearly witnessed and heard what happened.

The red-coated Guardsmen with precise military efficiency knelt on the ground and presented their rifles in homage as cannons fired a military salute.  Multitudes of voices sang ‘God Save Our Gracious Queen. ‘

There was clapping and cheering and all through the parks and right across the country people began dancing and shouting.

Parties commenced not just in Buckingham Palace for invited guests but in every small community, local hall.or favourite meeting place .

A Saturday Night of universal Celebration and partying began. This was continued in many places all around the world.

On the other side of the world, this celebration spirit effected the residents in the House on the Hill.

It was very late before peace and stillness once again settled the atmosphere.

The humans were now soundly and peacefully asleep in their room at the end of the corridor.

The Lounge Room however, suddenly came back to life.

Bear voices murmured. Some of the teddies began shuffling restlessly.

Joseph growled.   ‘Be quiet everyone!    It’s time now for sleeping.’

Old Ted enquired 'Has something happened?’

Sue Care-Bear sobbed ‘Oh. I do hope he’s not hurt.’

‘Who?’  Joseph stared down at her seated on his lap.

‘Guy the Guardsman teddy.     He fell off the shelf during the military march.   He’s behind that light stand.   Now the light is off he will be in pitch darkness. I hope he’s not frightened.’ Sue continued sobbing.

Joseph’s large paw gently patted Sue Care-Bear’s shoulder but his reply was stopped by the unexpected appearance of the small white dog who barked as she sat down obediently still beside his arm-chair.

‘Excuse me, Sir’ Char-Lee woofed ‘Please let me help Guy and don’t disturb the others. I will return him to his right shelf place.’

Bear voices from the dark now interjected.   “Graham the Graduate speaking.   His position is beside me.  I’ll stay awake and help him get up and safely back in line.’

‘I’m here below them ‘  Milo the Milkman teddy  said.   ‘I’ll prepare a magic milk shake, give him first a drink then a big push to help him climb ‘upwards’.

‘Char-Lee, will you please help if you can. We appreciate any help if you are able,  but if extra assistance is needed tell me first and I’ll decide who should come to floor level to join you.'

Everyone was startled by an apologetic cough and then a clear teddy voice spoke from the dark corner behind the light stand,  ‘Thank you everyone for being concerned. If Char-Lee can help me to roll over and get to my feet , I’ll be able to accept Milo’s drink and climb up beside Graham with limited assistance.  At present I feel my rifle is pinning me to the floor.  I can’t roll over or get up.

Graham on Shelf 2 responded ‘I’m awake and ready to give a final lift if you need it.’

Guy laughed ’Did you see those Guardsmen march? I thought they looked wonderful.   It made me very proud to be Guy the Guardsman teddy – dressed as I am.’

Many  bear voices joined in a rousing cheer.

‘Careful!’ warned old Ted.  ‘Your voices cannot be heard by human ears, but your movements could cause alarm if someone came down the corridor.’

‘Magic Collection Teddies are such a worry!’ muttered Joseph.

Char-Lee was excited and very happy.    She rose on her hind legs and with front paws waving in rhythm, danced across the room.

She plopped down beside the teddy, carefully avoiding his rifle butt and his furry black head covering.

Gently, she licks his face. 'You ok?'

He responds by paw-patting her shiny black nose. 'I will need your supporting back to help me roll over and assistance to stand up.'

Char-Lee was able to assist Guy as he needed and happily supported him as he waddled back to the lower shelf.  Milo greeted him as promised with a drink, and an extended paw to pull him to stand beside him.

The other bears shuffled to make room.  Sam the School boy moved his school case so he can stand with one paw on it and  give more room by turning sideways.

Char-Lee kisses Guy's left paw as he disappears from her sight.

'Thank you dear little dog' he called back.

The Graduate Teddy Graham ably grabs Guy's paw and helps him settle once more in his labelled position beside him.

'All is well! Thank you everyone' . Guy's greeting was not heard by everyone.   Several bears including Uncle Joseph were already asleep.    Snoring from the top right cupboard shelf may have been Louis the Lumberjack but he would always deny it.

Sue the Care-Bear spoke now on behalf of the others 'Good night Guy, thank you Char-Lee,  and good-night everyone.

Sleepy mumbles and responses reverberated until the house once more settled into quiet stillness.

A light breeze ruffled the curtains.

Char-Lee danced silently back to her basket until she too fell fast asleep.

It has been recorded that Char-Lee sometimes dances in her sleep.