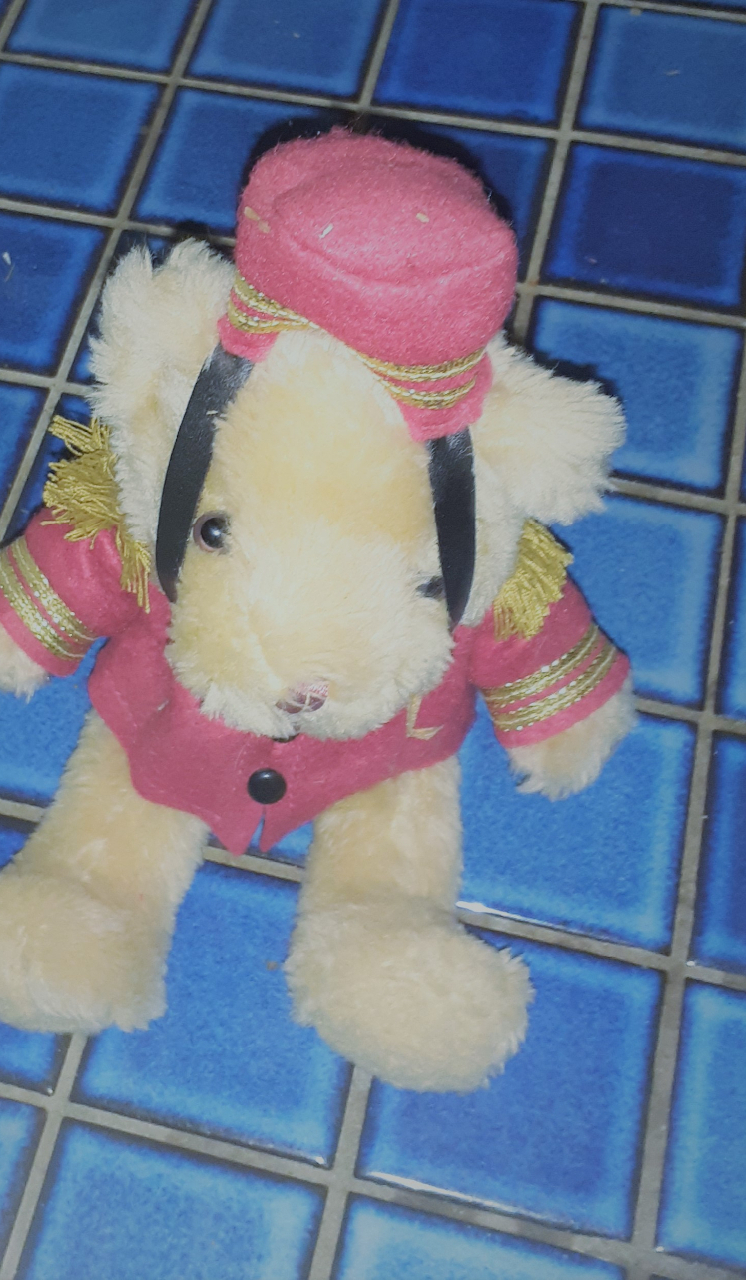 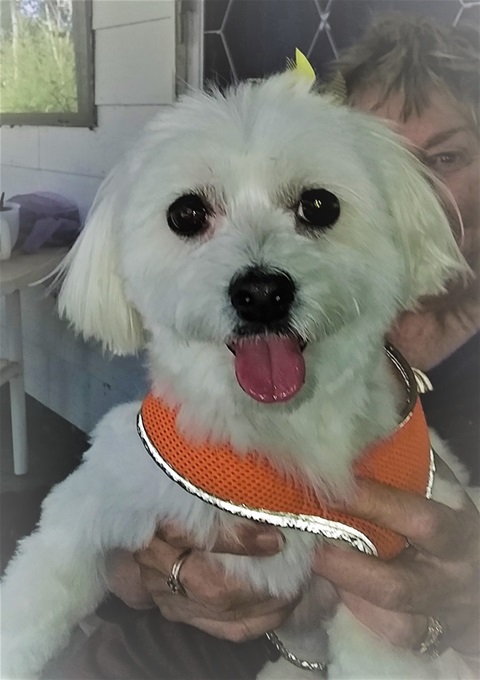 I saw him but I'm not going to tell

In the house on the hill, the senior mum and dad had set

up a new sensor light in their toilet room. This light

changed colour from yellow to green and then blue. It was

only activated when the door was opened.

On dark winter nights it provided  a cheerful gentle

securely fastened and the briefiest flicker of lights could

been seen even in the lounge room.

Although Char-lee slept soundly in her basket when the soft glow suddenly brightened her senses were immediately alert .    Quickly the brightness returned to a chink of light.

But, she KNEW someone or something had entered the room.

Char-lee the feisty tiny terrier dog set out to investigate.

She crept almost cat-like down the corridor and thrust her black nose into the partially opened door.

She saw a small teddy bear dancing in the green sensor light beam.   It was Barney the Bell-Boy Teddy from the top shelf, of the bear cupboard.

She recognised his gold braided red hat and the gold trimming on his upheld paws as he twirled around lost in his own world of movement and light.

He suddenly saw the  dog’s face.

I’ll  go back now. No one needs to know. I love to dance in coloured light beams.   It reminds me of watching humans dancing under coloured lights in the hotel ballroom where I sat as a mascot.

Please don’t tell anyone. I only dance when I see the door is ajar.    I then close it behind me.’

Char-lee was so happy to see him she gently licked his face, patted him with her paw and barked (as quietly as a little terrier can speak).

‘I’m glad to meet you.  I’ll carry you safely back to your shelf.’

From the bedroom a human voice called. ‘Shh! Char-lee go back to sleep!’

With loving care, Char-lee quietly padded back to the Bear Shelves carrying Barney by one braided bear arm.  She watched as little bear paws helped him climb back to the top shelf.

Her small pure white dog paw waved  as she settled back in her basket in the corridor.

‘At least his secret is safe’ she thought as she curled up into her tight cocoon of sleep and peace. 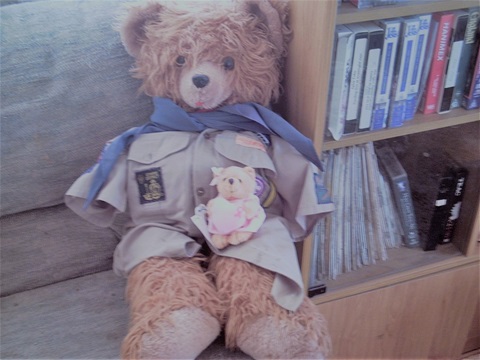 The events however had been witnessed by bright watchful caring eyes.

Sue-Care Bear on uncle Joseph's lap reported to him.

'He's safely back.  He's gone to his right place'.

The sleepy senior bear growled 'Thank you little one. As long as that's as far as he goes I'll reassure old Ted and his secret will remain safe with us.

We can't have these magic teddies wandering all over the place.  It's too dangerous.

A dancing BELLBOY TEDDY,  I wonder whatever

will be next.'  He growled but Sue knew he was not angry only tired. She stretched up and lovingly patted his furry paw.

Very quickly everyone now settled back into peaceful sleep.